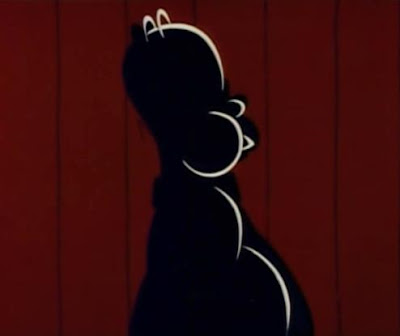 That Movie Clip Wednesday Maven of Murder, Boxer is going old school horror/mystery for this week's Movie Clip Wednesday. This MCW Meme has everyone picking a clip from their favorite movies based on a weekly theme while trying to keep the clip or clips to around 3 minutes long. This week's theme is Best Hitchcock Film. This is a tough one for me because I just used Hitchcock's Life Boat for a theme a few weeks ago. And there are a finite number of good films that he made, so I predict a lot of blogger jinx on this one.

Anyway, I was flipping through the channels a couple of weeks ago and landed on my selection for this week. The Pudge came in and started watching with me and I explained that this was classic horror for 1963. At 12 years old, he couldn't believe people were afraid of The Birds. For someone who's seen movies like Resident Evil and District 9 and played video games like Bulletstorm, I would have to agree with him. I told him it was more like Jaws in that the unknown and unseen can be scary. He wasn't buying it. Then I told him to look at Tippi Hedren's mint green dress. That still wasn't enough. Then we got to this scene and he all of the sudden found some interest. Explosions and guys on fire will do it every time.

And I forgot that Suzanne Pleshette was in this too. An interesting side note (to me). About 12 years ago we were down at Universal Studios Orlando and they had an attraction called "Alfred Hitchcock: The Art of Making Movies". It's not there anymore but part of the show was a made-up scene from The Birds in 3-D. We had the glasses on and I remember it being some of the best 3-D I had ever seen. The Boy was like 6 - 7 at the time and he still remembers it too.

I don't think there's any question that Hitchcock was a master film maker. He was pretty funny too as revealed in some of his cameos. So head on over to Boxer's and see what Hitchcock classics she has in store.

This scared me when I first saw it. Of course, I wasn't watching zombie movies at that point yet. But the best horror is implied horror and that's where this film excels.

Another interesting thing about Hitchcock: he had this strange, love/hate fascination with what he called the iconic Cool American Blond and so made it a mission of his to put this icon through her paces in his films.

Like Moi said, best horror is implied. TOdays horror is very literal -and therefore banal. grisly with no art whatsoever. I cannot watch movies like saw which are just violent and ugly. And, infantile. It just illustrates how low the culture is once again.

As a young troll, I remember wishing movies like "The Birds" and the old Hammer-Films flicks were MORE graphic and included nekkidness.

I got my wish.

And now horror movies suck eggs and aren't scary. And suspense films have no suspense.

Since the others have made such good points on the social aspects of films these days, I will move to another topic.

Didn't it ever bother you, that nobody thought to turn the gas pump off or that cigar man had such a clogged up nose, he couldn't smell the gas he was standing in? I really enjoyed this movie, yet I could remember thinking about that the first time I saw it.

Enjoy your clip day. How did things go at the Virginia college?

I just said much of this over at K9's, but I'm happy say it again; this movie scared the crap outta me as a kid. We watched it on TV and when it was over, my Father said .... "I just looked out your bedroom windows and I saw seven crows sitting on the fence, looking in." Guess what? My parents had four kids sleeping in their bed that night. Such an example of "less is more" and I made a trip to Bodega Bay in my 20's to see the town. Great pick! Happy MCW!

i thought this was a very, very scary movie. It's a movie i don't mind watching again at times.
i loved tipi's dress. one of the best halloween outfits was worn my a friend who found a very similar vintage suit and adorned it with crows. she even had the makeup to show peck marks, etc.

Moi
I never caught that about the blonds. I guess because so many of his movies are black and white. This scared me as a kid too.

Chicky
Saw and Hostel are really tough movies to watch because thay involve so much gorey torture. Believe it or not, I like the more elegant horror movies. The kids are a different story - the result of bad upbringing I suspect.

Troll
Yeah, but there is the nudity - blood spattered as it is.

Karl
Or that nobody yelled "Hey, you're standing in gas!" I think Hitchcock made a blunder (only one I can think of) here by making this scene too contrived.

Boxer
Bodega Bay, huh. I've been to a couple of movie sites and was always disappointed. They look way better in the movie. The family and I sat on the park bench from Forrest Gump (in Savannah) and I remember thinking - is this really it?

You're Dad was a panic. I tell my kids I'm going to take them out in the woods and leave them for dead. One day I'll really surprise them.

Interesting no one picked Psycho. That is my favorite but I stayed away because I was afraid of blogger jinx. That worked well for me. Bwahahaha

Foam
You're the 2nd one to mention that dress as a Halloween costume. And it would be a great one, but I wonder how many people today would get it.

I think maybe the last truly scary movie was The Exorcist? I'm with K9 on the blood and gore stuff. Not that I'm particularly squeamish, but it's the way in which it's done, so indiscriminately and with a kid of infantile glee that's more wearisome than shocking. Because once you see it, it becomes banal. Again, always best to let the imagination supply the images.

Great pick, I was scared by the implied horror as a kid too and yes, believe it or not some people ARE scared of birds. I had a friend in Australia that wouldn't eat in the park with me cuz she was scared of pigeons. (but the birds are big there)

Also, when I was on the famed trip around 'stralia with ex husband, we woke up to tapping on the windscreen. Saw the silhouettes of these crazy birds through the canvas of the pop up and they had huge beaks and were pecking at our windows. *shudder*

Have a good weekend, Buzzy!

I just remembered, they were called FRIAR BIRDS. Tell me you wouldn't be scared of a half a dozen of these prehistoric looking creatures pecking to get into your camper! Click HERE.

Buzz,
I haven't seen to many Hitchcock movies and definately would have chosen this one. It really frightened me. I think I was about nine the first time I saw it on TV.